Music classes and music making have been an integral part of Christians for many years and still forms a major part of the school life today both within and without the classroom.

Each new year brings in fresh group of singers/musicians and many of them are soon engaged in the various activities with music as part of their extra-curricular activities.

The College has for many years been able to 'field' a strong Orchestra to play and accompany the various music events in the school calendar. 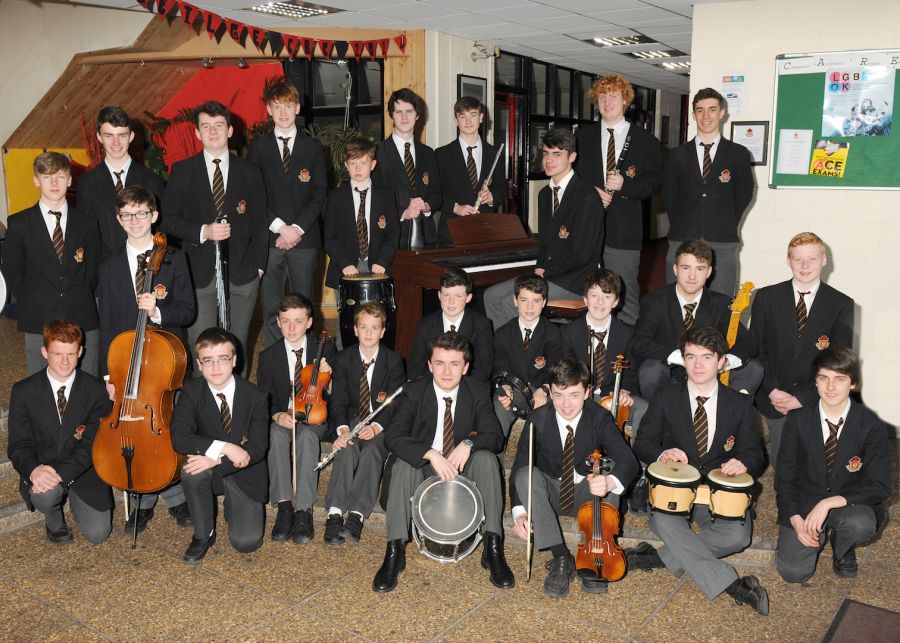 The CBC Orchestra is open to all players of different abilities but a certain standard, eg Grade 3, in an instrument, would be necessary, not only to be up to standard, but also to be able to enjoy the music!

In the majority of cases everyone is welcome, but there are some obvious limitations, such as we cannot accommodate all the piano players that seem to dominate the music scene!

The same would apply to the many guitarists and drummers that also seem to apply! It's a pity but here in CBC we hopefully can place some of the rock/pop musicians with others and they then can form their own Rock Bands within the College.

Rehearsal time and access to amplification facilities are made available on a rota basis, especially at the lunch time period! Some of these bands have gone on to be successful musicians in the Rock scene after leaving CBC! We haven't produced a 'Bono' yet but who knows who might emerge from the present group of excellent singers/musicians!

Within the Orchestra set-up we usually can muster 25-30 players each year, with a good sprinkling of string, wind and percussion players. The wind players, seem to dominate our Orchestral sound, but however, we seem to be able to accommodate all! Our performance selection would cover classical to pop! Recently we have covered some classic jazz pieces and they seem to go down well with the students and our audience!

Rehearsals take place in the Music Room one Lunch-time period each week. As the events get closer to performance day, rehearsals are increased and some class periods, with teachers' permission, are given over to rehearsals.

Each year we also get a few students who play Irish music and again we organise them into small groups to play together at the various concerts during the year!

When students come into 1st Year we invite them to join the 1st Yr Choir. Most of the students' voices in 1st Year are still unbroken and the Choir usually performs at the various school Masses, Christmas Concert and Confirmation Ceremony.