The College sports facilities, on the Old Youghal Road, are a mere three minute walk from the side entrance to the College on Patrick's Hill. In 1998, The Lansdowne Development Project was brought to completion, with a state of the art clubhouse and dressing rooms facility built, as well as two main rugby pitches, and a futher two training pitches. 2003 saw further developments in Lansdowne, with eight floodlights being errected to allow sports training during the darker winter months, and later into the evenings.

2010 saw railings put around the main pitch to ensure it met official match standards and by the end of 2012 a covered stand was finsihed on the main pitch also. Since 2012 our Lansdowne Complex has held many Senior Rugby matches and has also hosted in 2016 the British and Irish Cup game between Munster A and London Scottish

Lansdowne hosts Senior, Junior, Bowen Shield and McCarthy Cup matches from September to March each year and during the Rugby off season it is home to CBC Soccer until the end of May each Year. Lansdowne is a hive of activity seven days a week during Academic Year and hosts a Rugby camp for incoming First Years each August. 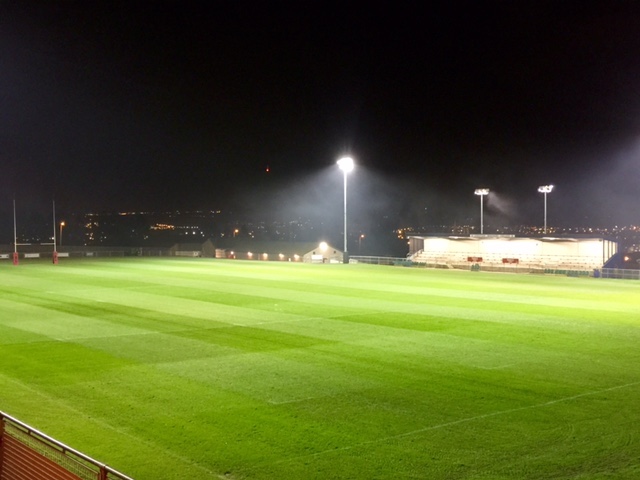 Lansdowne at Night with New Main Stand in the background. 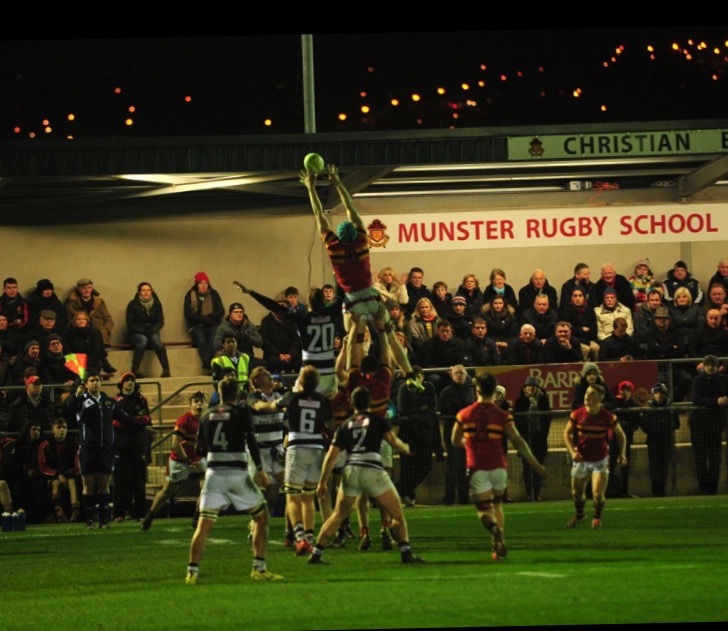 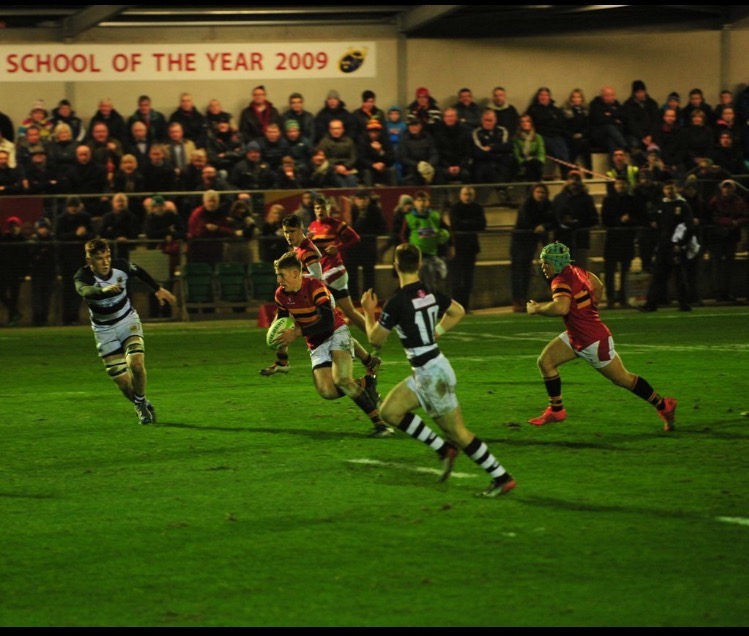